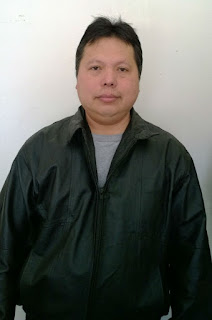 Filipinos worldwide had been told since year 2001 of their disobedience to God or rebellion. They had been asked to repent but are ignoring it and continue with their idolatry and worship of demons - Virgin Mary, Black Nazarene, Sto. Niño, Lady of Fatima, Lady of Guadalupe, Lady of the Rule, Lady of Peñafrancia, Lady of Lourdes, Immaculate Concepcion, etc.

15 years is long enough to preach gospel to Filipinos. First and second Commandments of God still had been ignored and disobeyed.

Time has come that these unrepentant Filipinos must pay the prize of disobeying God which is death.

If the President, Congressmen, Senators, Governors and Mayors will not put them to death, I will hand all of them over to bloodthirsty Chinese government officials for slaughter!

And all people on earth will know that I am the true servant of God - Prophet Raul Morales
Posted by Ulrax DM at 9:40 PM